We recently worked on a joint-venture project between two companies. The goal was to build one “white-label” site that would be released in two different markets. Apart from some branding, the sites would be identical, but completely separate.

We had a few options:

We chose the third option as it would result in building, hosting and maintaining just a single application.

This option requires scoping the data by the site it belongs to. In essence, adding a site_id to database tables and scope all database queries to only return data belonging to that site.

This option creates separate tables within the database for each site. Database queries for a site only use database tables belonging to that site.

When it comes to databases at Edenspiekermann, we ❤️ PostgreSQL. It’s got a very nice way of segregating a database using schemas, we chose to go with the second option using PostgreSQL schemas.

Our two sites were going to be completely separate - there’s no shared data, and data from one site should not be visible to the other.

By using schemas, we can create two separate versions of the site and restrict request from each site to only access their own database tables. We also remove the need for any site specific schema details like storing site_id on tables. As far as each site is concerned, the sub-section of the database it has access to, is the only database there is.

Ryan Bates has a great railscast on how to create a multi-tenant site using PostgreSQL schemas and search paths. It’s surprisingly quite straight forward.

We chose to use the apartment gem which does a great job of wrapping up and abstracting the logic. It looks after mapping the request coming in to the correct database schema or ‘tenant’ as it calls them. It also ensures that all database migrations are run or rolled back on all your schemas.

Rather than going into detail on the setup instructions, there’s an excellent screencast from Chris Oliver at Go Rails on how setup a multi-tenant site with apartment.

The apartment gem has the concept of ‘Elevators’ to switch between tenants. Elevator can be used to switch the tenant based on the request coming in. Out of the box, requests can be matched by subdomain or host, but you can easily build your own Elevator to switch based on some custom attributes like headers or query params.

Since we have different sites on different domains, we match on hostname, using the HostHash elevator. However, by default, this elevator throws an exception if it doesn’t find a match. For example, if a user requests https://foo.somedomain.com instead of http://www.somedomain.com. To handle this a bit better we created a custom Elevator that renders a static 404 page:

While both sites were very similar, we did need to be able to customize them both. To do this we stored some site-specific variables in a YAML file, wrapped those values in a simple and made it accessible to via a current_site helper method.

We wrap the site settings with a simple Site.rb ruby class loaded it using an application controller concern.

This not only looks after site-specific variable, but it also sets the correct locale and timezone for the duration of the request.

Getting the tests setup to set the correct site based on hostname was a little tricky at first. The domain lvh.me resolves to 127.0.0.1 (which is what rspec/capybara tests generally use. However, we can use subdomains with lvh.me. So to test out the multi-tenant logic, we created test-specific host mappings.

To setup Capybara to use lvh.me instead of localhost we added the following to our rails_helper.rb

Then we tested our multi-tenancy setup

How it all went

Overall we were extremely happy with the finished product - and more importantly, our customers are too. We have two separate sites running off the same web application, sharing the entire stack, nearly cutting the costs and maintenance in half.

It took a bit of work ensuring everything was using the split up correctly such as namespacing the cache store, running the background jobs in the correct context, but it was well worth it.

The database is free from any multi-tenancy logic, we’re saved any joins by site_id improving performance and the data cannot leak from one schema to another.

Have any questions on the setup? Just ask us! 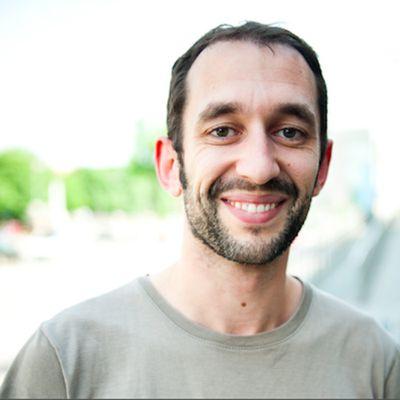 Niall Burkley is a backend developer at Edenspiekermann. One day he started traveling, got very lost and ended up writing ruby in Berlin.